Organizations tend to see rebels as troublemakers – but suppressing these individuals and their ideas could backfire.

In the 1980s, a group of young engineers at Nasa’s Johnson Space Center in Houston realised that the 1960s Apollo-era mission control set-up would struggle to handle the more complex challenges of flying the space shuttle.

The engineers’ concerns fell on deaf ears; Nasa knew and trusted the Apollo-era systems, which had successfully sent humans to the moon. Undeterred, the renegade group – who subsequently called themselves ‘the pirates’ – began to code new software for the mission control sub-systems in their free time, using borrowed equipment from Nasa suppliers. Their system was based on commercially available personal workstations linked through a Unix network, in what the pirates felt was a more resilient and adaptive set-up. After several months, they physically brought their system into mission control to test it – but they were asked to leave by the flight controllers.

At that point Gene Kranz, the legendary mission control director, stepped in. He had faith in the renegade engineers, knew how important the project would be in terms of bringing in needed capability – and asked the other flight directors to give the group a chance.

To test it, the pirate system ran alongside the incumbent system for a few months. When the mainframe system crashed twice, the pirate system kept going. In hindsight, it’s easy to see its benefits; the new system could display graphics and colours, was easily re-programmable and could conduct real-time diagnostics based on multiple parameters using early forms of artificial intelligence. These capabilities were sorely lacking in the incumbent system.

The rebel engineers proved themselves and their system through a baptism of fire. All subsystems of mission control were then gradually transitioned to the pirate system, which received a “Hammer Award” from then-Vice President Al Gore for having made dramatic improvements to the functioning of government. The pirates’ system had saved $74m (£52m) in development, and $22m in recurrent annual running costs. The rebel engineers were then asked to design the mission control system for the forthcoming International Space Station.

Organisations have rules and policies designed to promote stability, predictability, efficiency and productivity – and we tend to see people who don’t get with the programme as troublemakers. Yet, as the NASA pirates show, suppressing or ignoring these individuals and their ideas could backfire, potentially depriving companies of a potent source of agility, insight and innovation.

There is psychological evidence that rebelliousness is essential for creativity. Harvard psychiatrist Albert Rothenberg spent more than five decades researching individuals who had made ground-breaking contributions to science, literature and the arts, seeking to understand what drove their creativity. As part of a broader research project that encompassed structured interviews, experimental studies and documentary analysis, Rothenberg interviewed 22 Nobel Laureates. He found that they were strongly emotionally driven by wanting to create something new, rather than extend current perspectives. He found they consciously saw things with a fresh mindset rather than blindly following established wisdom – two qualities that would seem to suggest a rebellious, rather than conformist, personality. 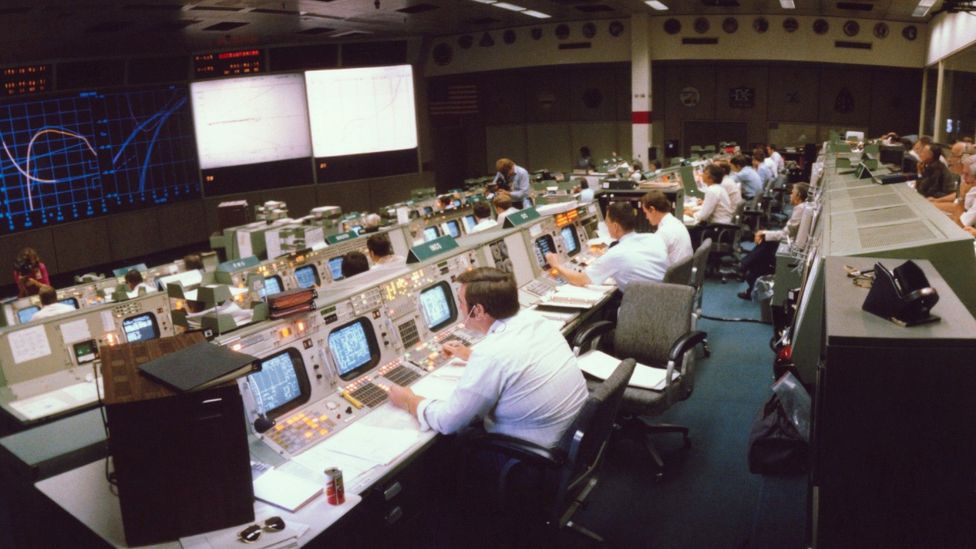 To investigate the benefits of rebelliousness further, a team led by Paraskevas Petrou at the Erasmus University Rotterdam recently surveyed 156 employees from various industries in the Netherlands. They measured rebelliousness via a questionnaire that asked participants to rate their agreement with statements such as:

The team also questioned the participants about their use of creativity over the previous week, along with more general attitudes to their work. As Rothenberg might have predicted, the rule-breakers were indeed more creative, but the effects depended on some other traits. For rebelliousness to have a more consistently positive impact on their work, the individuals also had to be “promotion focused” – that is, goal driven and interested in personal growth – while also tolerating the possibility of failure.

“You have to be really focused on the positive that you can achieve,” says Petrou, who is an assistant professor in social and behavioural sciences. These attitudes can depend on context and the overall climate within a company or organisation, he says – and whether it tolerates failures or not.

Often these ‘rebels with a cause’ – also known as positive or constructive “deviants” – may be motivated because they care for the organisation and its mission, and feel psychological discomfort when they see that important capabilities clearly need improvement.

Observational studies provide many more examples besides NASA’s pirates. The context and actors may change, but the substance is remarkably similar. A small group of committed individuals who think differently and who have valid strategic insights can foster ground-breaking innovations that promote success of the enterprise. This is how the IBM business model transitioned to the internet, and how the Apple Macintosh was created.

Thinking differently and challenging established paradigms of space flight is also how the entrepreneur Elon Musk and others in commercial space are building technology such as reusable rockets that will radically restructure launch economics and open up space for human expansion and commerce.

Unfortunately, it can be hard to maintain a corporate culture that allows rebels to flourish. Over time, the rules and standard operating procedures that support uniform service delivery, efficiency and reliable processes, can also create inertia and work against adaptability and innovation. History and culture conspire to keep things being done the same way as they’ve ‘always’ been done. People judge proposed innovations on whether they agree with the established paradigm, rather than their ability to create new paradigms. Such a state is dangerous, since it stifles needed change.

Leaders need to be aware of these tendencies and fight against them. They should promote a culture in which challenging the status quo and pushing boundaries are seen as legitimate behaviours, rather than marking rebellious individuals as troublemakers and compromising their careers. If they are committed to creativity, leaders should take practical steps to ensure that progress is achievable, ensuring that the “rebels” have the available space, funding and time to pursue innovative ideas that may appear crazy, unwarranted or out of place at the time, but that could subsequently save the organisation.

NASA shows that change is possible. Today, it is a network-based organisation that partners with commercial space actors to tap the best available technology – wherever it may be. And this more open-minded approach to change owes a lot to the work of its internal renegades, who provided proof of concept of employing commercially available technology decades ago and challenged traditional ways of doing things.

For individual rebels, it might be worth considering your own motivations. As chief rebel and industry slayer Steve Jobs advised the 2005 Stanford University graduating class in his commencement speech, we have to look inside to find what we truly love, and then go for it. When we do something that we love, this emotional commitment will drive us to do the right thing when the situation warrants it, even when others are opposed to what we are doing or do not see things the way we do. In other words, don’t just rebel for the sake of it – but find a cause that really matters to you and then channel your frustrations into clear goals. As Petrou’s work had shown, that’s the secret of the “positive deviant”.

If we can connect with others who also have the drive to improve things and to create new capabilities, even better; there is strength in common purpose. Ken Kutaragi – the man behind the PlayStation – could count on Sony CEO Norio Ohga, who was himself a rebel at heart. Ohga was trained as an opera singer and conductor, whom Sony noticed when he wrote a complaint letter to the company about the quality of its tape recorders. Ohga led Sony to great success during his tenure between 1982 and 1995, summarising his approach as pursuing the unconventional: “we are always chasing after things other companies won’t touch”. So, try to look for other like-minded people within your organisation, who might help to provide the support and clear the obstacles where necessary.

Rebels may have a bad reputation, but in the right environment, and with the right motivations, they can achieve amazing things.