In Sonia Alins’s dreamy works, figures gently break through the surface of the sea, creating a minimal ripple around their bodies as they dip in and out of the water. The Spanish artist and illustrator (previously) is known for her expressive swimmers, whose enlarged limbs splay in graceful positions as they float and move through the ocean. Translucent sheets of vellum produce the cloudy effects of water, obscuring fish and coral and adding a three-dimensional element to the largely ink, acrylic, and watercolor drawings.

Although Alins primarily centers women in ambiguous states of emotion, men and children have been emerging in her mixed-media illustrations, further reflecting on the artist’s own experience with motherhood and the incomparable force of aquatic environments. “I feel the water as powerful entity, a supernatural force capable of source anguish, pain, desperation in the same way that it is a source of happiness, joy, inner peace, and love. Water helps me to express my feelings ​in a louder way, and it’s why I love it,” she tells Colossal.

Alins works on a variety of commissions in addition to her personal practice, and her ethereal project for Moleskine titled “The Beautiful Red Reefs” recently won her an Award of Excellence from Communication Arts’s annual competition. Browse originals and hand-embellished prints in limited quantities in her shop, and you can keep up with her illustrations, in addition to news about upcoming shows like the one at Taipei’s Contemporary by U gallery in October, on Behance and Instagram. 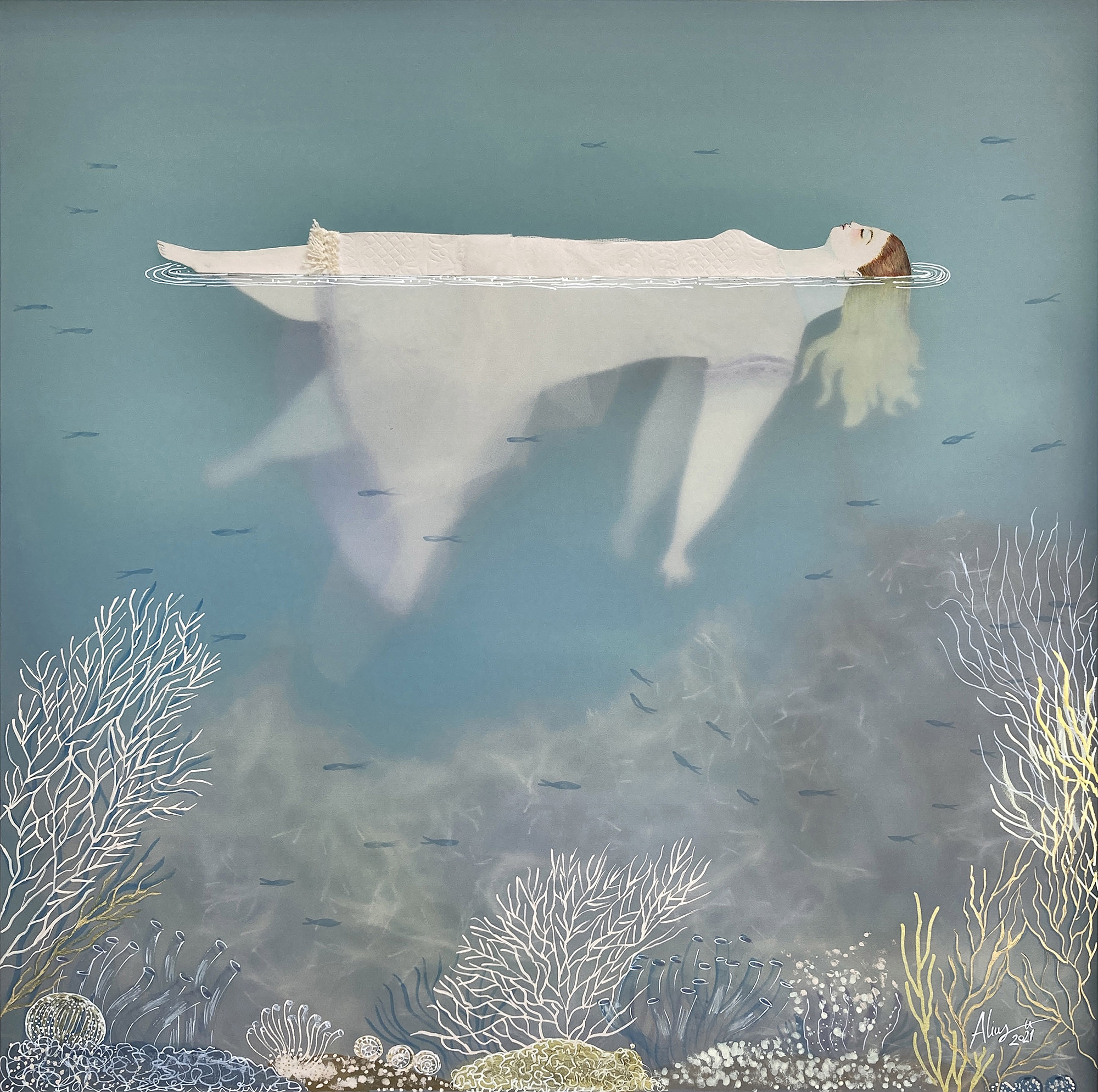 Left: “The Bather.” Right: “Inspired by the Moon” “Swimming in the Ocean”